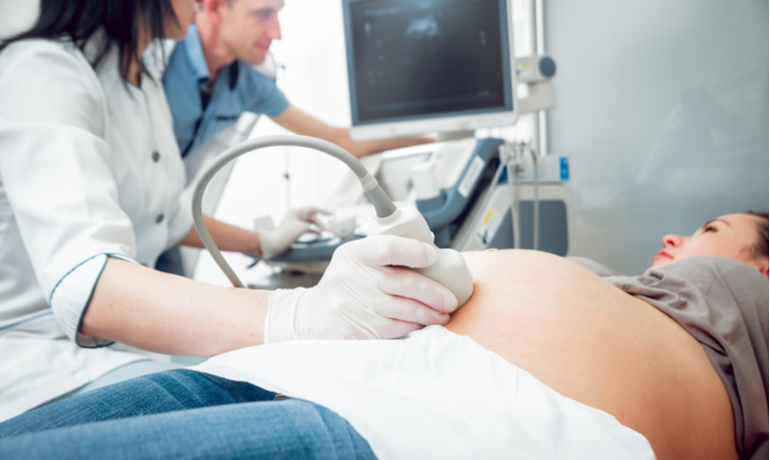 Pre-eclampsia is a leading cause of maternal morbidity and mortality. With an ion incidence between 2-8%, pre-eclampsia is a frequent pregnancy disorder affecting more than 1 million women per year worldwide.
The severe pre-eclampsia variant HELPP Syndrome (Hemolysis, Elevated Liver Enzymes, Low Platelets) occurs in about 20% of the affected women and is defined by additional complications of the liver and the coagulation system resulting in placental abruption, hepatic infarction, and rupture, intraabdominal bleeding, and edema. Eclampsia is the final and most feared stage of the disease, associated with severe tonic-clonic seizures and coma as well as brain injury, cerebral edema, and stroke. HELPP Syndrome and eclampsia amoung for more than 50,000 maternal deaths each year

Combined screening for pre-eclampsia between week 11 and 13+6 week reliably identify women at risk for developing pre-eclampsia. Combined first-trimester screening results in a detection rate of >90% for a false positive rate of 5%. by including the following factors:

Early identification of high-risk women allows for preventive measures and intensified monitoring. Administering low dose aspirin (<150 mg/day) to high-risk women before 16 weeks of gestation can significantly reduce the incidence of pre-eclampsia by 50-60%.
Hence screening for Pre-eclampsia early in the pregnancy is highly recommended and useful. Combining the pre-eclampsia screening with maternal serum screening for chromosomal abnormalities is more efficient in terms of time and cost for the patient.

First symptoms of pre-eclampsia (hypertension, proteinuria) are observed after 20 weeks of gestation. By adding sFit-1/PIGF ratio to the current diagnostic standard, the diagnosis of pre-eclampsia in symptomatic women can be confirmed or excluded. In women with diagnosed pre-eclampsia, the SFit-1/PIGF ratio is a potent predictor of subsequent maternal and fetal adverse outcome and can be useful for further patient management.